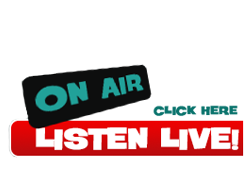 PA State Police will be stepping up patrols over the holiday weekend.  Mark Sims reports.

As we head into the summer a resolution in the state Senate raises awareness about the risk of skin cancer.  Mark Sims reports.

AN EMPORIUM MAN IS FACING CHARGES HE ALLEGEDY TRIED TO STEAL A PICKUP TRUCK AND A HELICOPTER ON THURSDAY.  STATE POLICE SAY 39-YEAR-OLD MICHAEL ROBERTO TRIED TO MAKE OFF WITH AN F-250 PICKUP AT THE EMPORIUM STATE POLICE BARRACKS.  AS POLICE WERE DISCUSSING THAT INCIDENT, A HELICOPTER LANDED, AND ROBERTO ALLEGEDLY TRIED TO STORM THE COCKPIT OF THE UNIT.  ROBERTO IS CHARGED WITH MULTIPLE COUNTS AS A RESULT OF THE INCIDENT.  HE'S BEHIND BARS IN THE POTTER COUNTY JAIL TODAY.

A BROOKVILLE MAN IS DEAD TODAY AS THE RESULT OF A WEDNESDAY AFTERNOON ACCIDENT ON I-80 IN UNION TOWNSHIP, JEFFERSON COUNTY.  STATE POLICE SAY IT HAPPENED IN THE EAST-BOUND LANES WHEN 24-YEAR-OLD COREY O'DONNELL DIDN'T SEE A SEMI IN FRONT OF HIM THAT HAD SLOWED DOWN.  HIS CAR SLAMMED INTO THE SEMI, CAUSING FATAL INJURIES.  O'DONNELL WAS PRONOUNCED DEAD AT THE SCENE.

In the wake of the latest mass shooting in Texas , a state lawmaker is renewing calls for action to combat gun violence.  Mark Sims reports.

The Northwest Bancshares and Northwest Bank Boards of Directors held a meeting last night in accordance with the companies’ succession plan, appointing Chief Financial Officer William W. Harvey Jr. as interim President and Chief Executive Officer, and Lead Director Timothy B. Fannin as interim Chairman of the Board. Bank employees have been informed of the news and Northwest representatives are sharing the news with business and community organizations.

“Ron was a friend to everyone at Northwest and the communities that we call home. We mourn for his family and wish them peace during this most difficult time,” said Tim Fannin of Northwest. “Ron was passionate about Northwest and committed to making a difference across Pennsylvania, New York, Ohio and Indiana. He took great pride in the relationships the bank had with its customers and appreciated the exceptional loyalty of Northwest Bank employees.”

“Ron had a vision and set the strategic direction of the companies and we intend to carry this vision forward,” said Bill Harvey of Northwest. “It has been an honor and privilege to serve alongside Ron. He was an extraordinary banker, citizen and friend. He had a belief in the bank’s future as a successful, independent financial institution. Northwest’s capable management team is long-tenured and deeply committed to carrying on Ron’s legacy.”

Mr. Seiffert, 65, is survived by his wife, Sherry, three daughters, two sons-in-law and four grandchildren. He resided in Delaware, Ohio.

Prior to joining Northwest, Mr. Seiffert held the position of Chairman, President & CEO at the Delaware County Bank & Trust, Lewis Center, Ohio. Prior to that, he served as Vice Chairman at Huntington National Bank, and Executive Vice President and National Head of Business Banking at BankOne/JPMorgan Chase.

Mr. Seiffert was a graduate of Washington University in St. Louis, Mo. with a Bachelor of Science in Business Administration, Finance & Economics and a graduate of the Advanced Executive Management program at the Kellogg School of Management at Northwestern University, Evanston, Ill. and the ABA Stonier Graduate School of Banking.

A ST. MARYS MAN IS FACING FELONY CHARGES FOLLOWING A BURGLARY LAST MONTH IN THE CITY.  POLICE SAY 40-YEAR-OLD JAMIE DESANTIS ALLEGEDLY BROKE INTO A GARAGE ON HAYES ROAD IN FOX TOWNSHIP, ELK COUNTY, ON APRIL 6TH, CAUSING DAMAGE TO THE UNIT.  THROUGH SURVEYLLANCE VIDEO AND ANONYMOUS TIPS, POLICE IDENTIFIED DESANTIS AS THE ALLEGED SUSPECT.  HE'S DUE IN COURT LATER IN JUNE.

A 15-YEAR-OLD LICKINGVILLE TEENAGER IS DEAD TODAY AS THE RESULT OF A TUESDAY EVENING ATV ACCIDENT IN WASHINGTON TOWNSHIP, CLARION COUNTY.  POLICE SAY IT HAPPENED ON LICKINGVILLE ROAD, NORTH OF A PRIVATE DRIVE, WHEN THE MALE STRUCK A DEER, CAUSING FATAL INJURIES.  POLICE SAY HE WAS NOT USING A HELMET PROPERLY WHILE RIDING.  NO FURTHER INFORMATION REGARDING THE CRASH WAS RELEASED.

A BROCKWAY MAN IS RECEIVING CARE FOLLOWING A 1-VEHICLE ACCIDENT EARLY TUESDAY MORNING IN WASHINGTON TOWNSHIP, JEFFERSON COUNTY.  POLICE SAY IT HAPPENED ON WILSON ROAD, SOUTH OF WELSH ROAD WHEN 30-YEAR-OLD JACOB RAKVIN LOST CONTROL OF HIS CAR AND STRUCK A TREE.  ACCORDING TO POLICE, RAKVIN WAS NOT WEARING A SEATBELT AT THE TIME AND SUFFERED INJURIES SERIOUS ENOUGH FOR HIM TO BE FLOWN TO PITTSBURGH FOR TREATMENT.

One of the candidates in the high profile PA Primary for US Senate is going to court over disputed mail-in ballots.  David Payne reports.

CITY OF WARREN POLICE ARE LOOKING FOR THE SUSPECT THAT ROBBED A CONVENINECE STORE EARLY MONDAY MORNING.  ACCORDING TO REPORTS, A TALL, THIN WHITE MALE WITH DARK HAIR ENTERED THE COUNTRY FAIR STORE ON PENNSYLVANIA AVENUE EAST, DEMANDED MONEY AND MADE OFF WITH AN UNDISCLOSED AMOUNT AND FLED THE SCENE.  POLICE SAY THE MAN WAS WEARING BLACK OR NAVY-BLUE SWEATPANTS AROUND HIS HEAD, A DARK GRAY SWEATSHIRT AND LIGHT BLUE SHORTS.

THE INVESTIGATION INTO THE THEFT OF SOME AUTO PARTS IN GENESSEE TOWNSHIP, POTTER COUNTY CONTINUES TODAY.  POLICE SAY SOMEBODY MADE OFF WITH SOME WHEELS, A HOOD AND DOOR FOR SOME OLD-SCHOOL VEHICLES FROM A RESIDENCE ON MOUNTAIN VIEW ROAD.  THE ALLEGED CRIME HAPPENED BETWEEN FEBRUARY 1ST AND MAY 5TH OF THIS YEAR.

A MAN IS CHARGED WITH DUI AFTER A 1-VEHICLE ACCIDENT LAST FRIDAY AFTERNOON IN WARREN COUNTY.  POLICE SAY THE 61-YEAR-OLD UN-IDENTIFIED MAN WAS INVOLVED IN A HIT-AND-RUN INCIDENT, THEN FLED FROM POLICE ON ROUTE 6 IN COLUMBUS TOWNSHIP, EVENTUALLY HEADING INTO BROKENSTRAW TOWNSHIP, WHERE HE STRUCK A GUIDE RAIL AND CAME TO REST ON THE ROUTE 6 OVERPASS.  POLICE SUSPECTED HE WAS UNDER THE INFLUENCE AT THE TIME OF THE INCIDENT.

PA Lieutenant Governor and US Senate candidate John Fetterman is out of the hospital.  David Payne reports.

AN INDIANA, PA MAN IS DEAD AS THE RESULT OF A MOTORCYCLE ACCIDENT SATURDAY AFTERNOON IN BENEZETTE TOWNSHIP, ELK COUNTY.  STATE POLICE SAY IT HAPPENED ON LOSEY ROAD, SOUTH OF LOSEY TRAIL WHEN 65-YEAR-OLD DOUGLAS STETHEM LOST CONTROL OF HIS BIKE AND CRASHED INTO A TREE.  HE WAS PRONOUNCED DEAD AT THE SCENE.

A BROCKPORT MAN IS FACING POSSIBLE DUI CHARGES FOLLOWING AN EARLY THURSDAY MORNING ACCIDENT LAST WEEK IN ELK COUNTY.  STATE POLICE SAY IT HAPPENED ON PORTLAND MILLS ROAD WHEN 40-YEAR-OLD RICHARD STARR LOST CONTROL OF HIS PICKUP, CAUSING IT TO STRIKE A GUIDERAIL AND OVERTURN.  STARR SUSTAINED MINOR INJURIES, BUT REFUSED TREATMENT.  POLICE DETERMINED HE MAY HAVE BEEN UNDER THE INFLUENCE OF ALCOHOL AT THE TIME OF THE CRASH.  HE WAS TAKEN FOR A LEGAL BLOOD DRAW.

The Wolf Administration continues its fight for workers and a higher minimum wage. Mark Sims reports.

Today's deadline to apply for help in paying for energy bills through the Low Income Home Energy Assistance program has been extended thanks to the availability of funds through the American Rescue Plan Act.  Mark Sims reports. 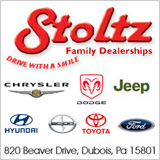